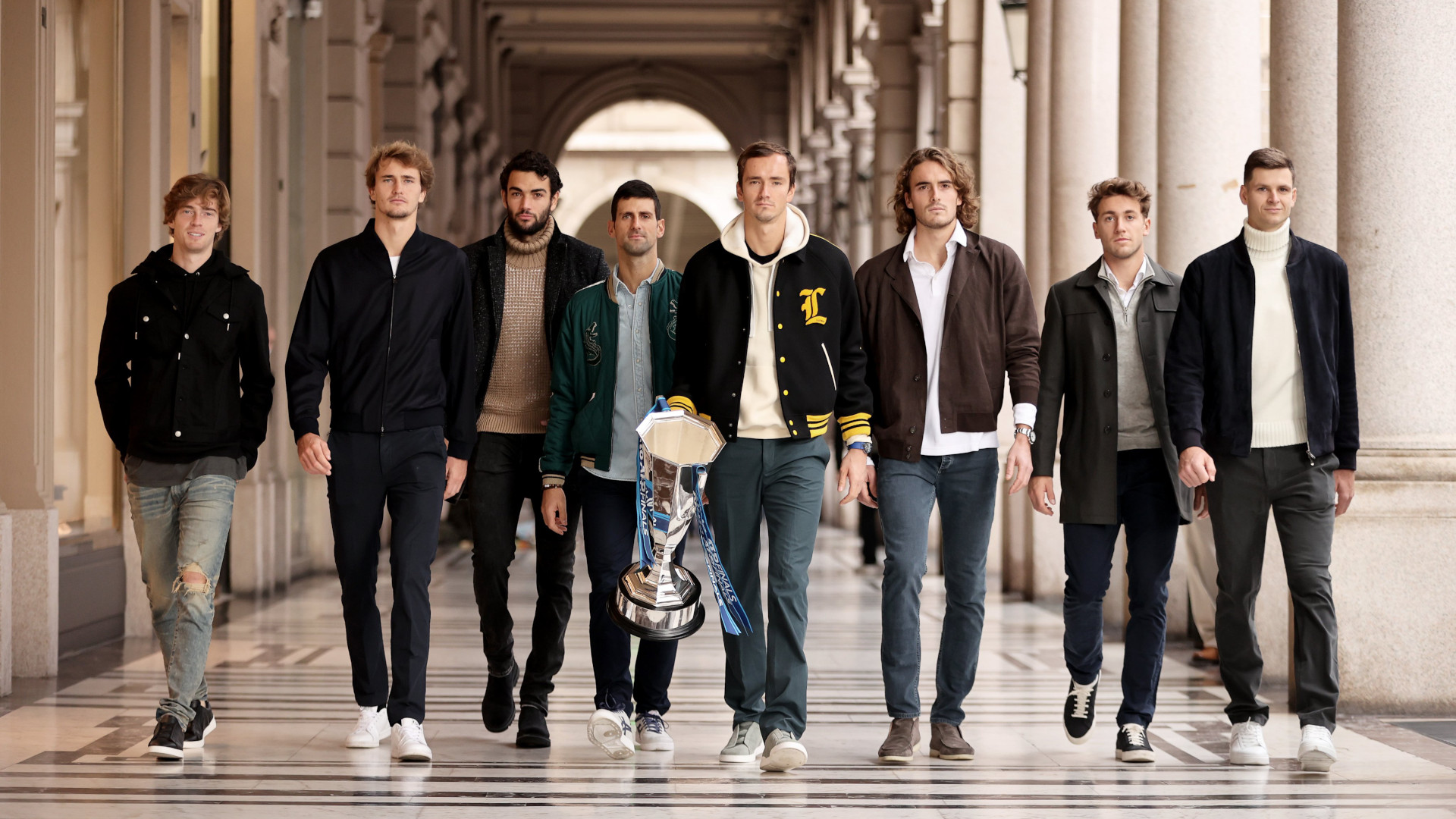 The Clutch Tennis Podcast returned once again for the preview of the 2022 season. Within the podcast we discussed our predicted top 10’s for the year, reviewed our proposed grand slam winners and contemplated any ‘new up and comers’ for the new year.

We make these selections into a competition, with which the rules are as follows;

The rules to evaluate who wins are as follows:

Unfortunately, this year we were without one of our hosts (Jack Murray), so he has kindly produced a description of his selections which can be found below. Attached are also reviews of both Luke’s and Charlie’s selections – but why not give the podcast a listen to hear them first hand!

To accompany Charlie and Luke’s thoughts from the podcast, I thought I would write an article with my ATP predictions for the year ahead. Is this the year the Big 3 are finally toppled permanently?

There were a couple of names for me that very narrowly missed out in my top 10 in Casper Ruud and Hubert Hurkacz. Ruud vastly exceeded expectations last year, and I believe he will struggle to replicate that. I expect to see him between 10 and 15 in the world, but I don’t believe he will be able to match his hard-court results from last year. Despite this, I’ve been extremely impressed by his improvements on hard and overcoming his limitations on that surface. I think Hurkacz will naturally lose points next year, as I don’t see him winning a Masters 1000 or making a slam semi again (Wimbledon), as I don’t believe he has the ability to beat the top players on a frequent basis. However, his play style lends itself to consistency, and I also expect him to be ranked between 10 and 15 at year’s end. However, here are the players I predict will be in the Top 10 this time next year:

1) Daniil Medvedev is arguably the most consistent player in tennis already, and this is the year where he finally becomes world number 1. With Djokovic playing less and less, I expect Medvedev to clean up the North American hard-court swing in the late summer, and he has great chances in both hard court slams. I would like to see him finally make a run at Wimbledon, where his flat shots could really penetrate through the grass if he can find a balance between attack and defence.

2) Alexander Zverev finally found some consistency in 2021. His end of the year was superb, and it is largely some fear on my part of inconsistencies rearing their ugly head again which is why I’ve not made him No 1, as I believe his ceiling is the highest in world tennis. The advantage he has over Medvedev is he should pick up more points on the clay, and he will play more and put more focus on Masters 1000 events than Djokovic.

3) Novak Djokovic is largely this far down the list because I believe he is more vulnerable to big defeats than any other point in the last 10 years. Age is catching up to him, and Zverev and Medvedev are finding elite levels more often on the biggest stages. Nevertheless, would it be a major surprise if he won 3 majors again? Not particularly. For me, the lack of events he will play this year affects his placing on this list, in combination with a new vulnerability at slams. At the time of writing, we don’t even know if he will be in Australia (I strongly believe he will be).

4) Rafael Nadal is here largely off my belief he will win the French Open again in 2022 and has the potential for a deep run at Wimbledon this year. Djokovic displayed one of the best performances of his career to beat Nadal in Paris and would be hard-pressed to replicate it next year against an even more determined (if possible) Nadal. I would also expect him to perform better at the clay Masters 1000s, which for his lofty standards was disappointing in patches.

5) Stefanos Tsitsipas has been placed in a strange middle ground; in danger of being cut off from the top 4, but even with doubts about fitness after elbow surgery, still has levels above the bottom half of the top 10. I suspect he will start the season slow but pick up a lot of points on clay and continue decent form towards the end of the year. I do worry for him though and a lack of improvement over the last 18 months, especially on the backhand on quicker surfaces, are a concern.

6) Jannik Sinner is taking up the ‘best of the rest’ slot, and will hope to win a first Masters 1000 and make a slam semi-final this year. He certainly has the game to challenge the top players on a frequent basis, though I think this year is a year too soon for a true, top four breakthrough.

7) Carlos Alcaraz is the star of the ‘Next Next Gen’ and already has a flexible all round game which should see him succeed on all surfaces. He already has the huge explosive power to beat the best (though not consistently yet), whilst also having the pragmatism to know when to work hard defensively. The next step for him is to cover the limitations of his serve, which can still be exploited by the very best.

8) Andrey Rublev struggled at the end of last year, and I believe his one-dimensional game in comparison to some of his peers is being worked out by more and more players. Whilst his explosive baseline games will still get him wins, I think he will find himself more cut adrift in 2022, under the pressure of younger players with more strings to their bow.

9) Matteo Berrettini will struggle to replicate the mass points he accrued on grass in 2022, but his game lends itself to beating players he ‘should’ and struggling against the very top players. Providing he stays fit (beware the troublesome ab muscle) he has the rare ability to go deep at all four slams, which should maintain his place in the top 10.

10) Dominic Thiem is coming off wrist surgery and will miss Australia, and you’d have to suspect it’ll take him a couple of months to find anything near the form we expect from him. However, he has star quality, and performances from May onwards should just see him find enough to scrape into the top 10 at year’s end.

I am aware I have Medvedev as number one despite not winning a slam. I believe he is the most consistent player in tennis right now combining quality and quantity of events and is the heavy favourite for the Australian Open if Djokovic does not play. The tour is crying out for a new grass court hero, otherwise Djokovic threatens to clean up Wimbledon for the rest of his career. My first titlist for this year is Holger Rune, who I predict to be top 50 by the end of the year.

Let’s revisit these in December and see how well (or badly) I did!